Claire began learning the violin at the age of 8 with Shirley Smith and later studied with Nicholas Woodall, who was the Head of Strings at Bromley Youth Music Trust.

After achieving a music scholarship to Eltham College she went on to study the violin at the Royal College of Music with Rodney Friend. During her time at the RCM she performed for the Queen during a visit to the college.

Her wide orchestral experience includes work with the the RPO, the RPO Opera Orchestra, the London Concert Orchestra and seven seasons with the Johann Strauss Orchestra with whom she has recorded a CD of Strauss music. She has also played with the Guildford Philharmonic Orchestra, the Milton Keynes City Orchestra, Southern Pro Musica, Orchestra of St Johns, London Pro Arte, the New London Sinfonia, the Grange Park Opera and the Carl Rosa Opera Company. Claire has played with the Northern Lights Symphony Orchestra since its inauguration in 2007. Most recently she was the solo violinist in Midland Opera’s production of ‘Carmen’.

Memorable performances include playing in the Royal Philharmonic Concert Orchestra for the opening of Eurostar at St Pancras station, and an appearance with the same orchestra for the televised Olympic torch ceremony in London.

Claire has established herself as a regular performer with the Royal Shakespeare Company, playing violin for six productions over the past five years, including: ‘Coriolanus’, ‘Romeo and Juliet’, ‘As You Like It’ and ‘The Taming of the Shrew’. She is currently touring with the latter two shows around the UK and internationally.

Claire taught the violin at St Benedict’s Junior School in Ealing for a decade until 2015. From September 2013, she has also been appointed as a violin teacher at Warwick School.

Claire has been playing for Highly Strung for over 13 years and has been a permanent member since 2007. 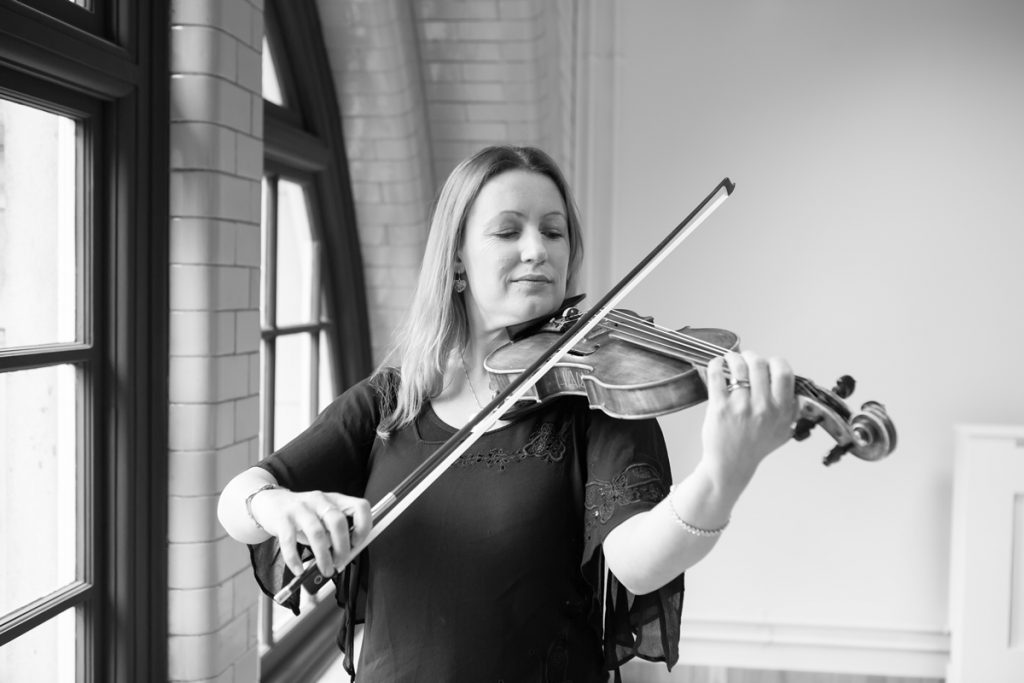